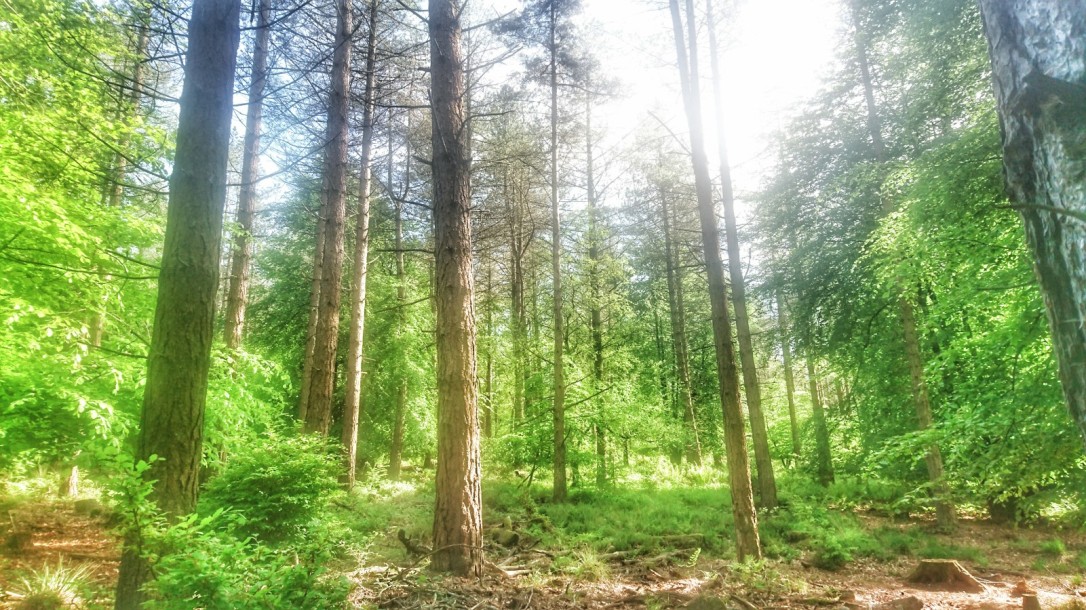 At this time of year, the sun gets high enough to warm the ground, and I am particularly fond of the shafts of light chinking down through the leaves of trees through the myriad of leaves. On one such spring morning I followed intersecting deer trails, slipping between the huge pillars of the forest to a part I had not ventured before. Now, with the sun nearly at it’s zenith, the warmth spread through the forest and as it did so I became aware of the scent. Coaxed by the warm convections eddying in these islands of light the plants unfolded to release volatile oils and aromas. Nestled in my niche between the buttresses of a giant conifer I was refreshed by the scent of warm pineapple.  This was new. As scent so often does, it triggered a thought. As I had pushed through the dense growth of conifers to get here, I had smelt citrus zest.

Could I possibly identify these trees just by smell alone?

I can identify many trees and plants, but almost exclusively by their visual characteristics. We frequently overlook our other senses and the other physical aspects of a plant. Take conifers for instance – on casual inspection they look very similar. So much so that for many it is too much effort to tell them apart. But engaging with plants using your other senses can be of great use. I have noticed, very subtly, that sound travels differently though old Douglas Fir compared to Norway Spruce – maybe its because of the texture of the bark,  the shape of the tree or its foliage.

As a tracker I have used sound to tell me that old, fallen twigs of the Western Hemlock tree (Tsuga heterophylla) are much more noisy to walk over than Norway Spruce (Picea abies) – a useful thing to know when you are stalking wild animals in the half-light of the forest. Now, I will often try to skirt around Western Hemlock to avoid the added disturbance.

Similarly, and probably more usefully, we can use smell to help us confirm which conifer or evergreen is in front of us. Particularly useful if you are then going on to safely use it to make some satisfying and tasty ‘needle tea’. By simply crushing the foliage you tell you alot about its origin.

But its not just about the obvious scent of the forest that is interesting, as intoxicating as it may be. Exposure to forests boosts our immune system. While we breathe in the fresh air, we breathe in phytoncides, airborne chemicals that plants give off to protect themselves. Phytoncides have antibacterial and antifungal qualities which help plants fight disease and discourage biting and burrowing insects. When people breathe in these chemicals, our bodies respond by increasing the number and activity of a type of white blood cell called natural killer cells or NK. These cells can kill tumor- and virus-infected cells in our bodies. In one study, increased NK activity from a 3-day, 2-night forest bathing trip lasted for more than 30 days. Current research is being undertaken to explore whether exposure to forests can help prevent certain kinds of cancer.

This is my plant smell guide – next time you are walking in the forest try comparing two different trees listed below, and see if you can tell the difference by smell alone. (To help you out I have described the visual characteristics as well!)

*This is not the Hemlock of Socrates fame – this was the umbellifer plant (same member as the carrot family: Apiaceae family (formerly Umbelliferae)). Our tree is a big evergreen conifer and one is a much smaller plant – please don’t confuse as the plant is very toxic.

Footnotes: use the ‘top tips’ below in conjunction with the above and you should be well on your way to successfully distinguishing which are which.

Sitka Spruce (Picea sitchensis) is the 5th largest conifer species in the world and is one of these few who have been documented to reach 300 feet. It acquires its name from the community of Sitka, Alaska. It is a long-lived tree which can grow in excess of 700 years.