“To brew this beer, the kettle being near full of water, cram the kettle with small pine; from one experiment you will judge the quantity of pine that will bear a proportion to your water.

“Let the tops of the pine be boiled in the water until the pine turns yellow, and the bark peels, or the sprigs strip off readily on being pulled; then take off your kettle, and the pine out of the water and to about two gallons of liquor put a quarter of a pint of molasses. Hang your kettle on, giving the liquor off, put it into a cask in which you have before put cold water, the quantity of about two gallons.

“Then take a gun with a small quantity of powder, and no wad; fire into the bunghole. It will set the liquor a working; in about twenty-four hours stop the cask down, and the liquor will be ready to drink.”

North America’s oldest beer style was also a favourite of the Scandinavians and the Russians too. I expect its creation was a question trying to further anaesthetise the boredom of long winter nights, a means of preventing scurvy (high in vitamin C) and the pragmatic inventiveness of those hardy men to find yet another use for spruce!

Alternatively you can use my slightly more refined recipe below (which does not need a musket!)

To make one gallon of beer: 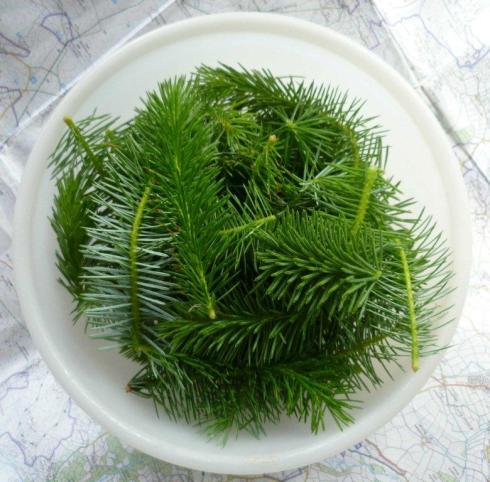 My preference is Sitka Spruce but Norway Spruce will do.

Pick and wash the shoots/twigs.

Option to add spices (mulling) and horseradish (Russian variant) or ginger to the boil – experiment but don’t overdo it! Just as with the treacle, too much spice and you’ll just mask the delicate flavour of the spruce needles.

Strain and let to cool.

Add yeast when at room temperature and leave in bucket (with cloth over it) for 6-7 days.

Skim any froth or scum on top and syphon off into bottles.

The beer can be drunk a week after bottling but can be left a little longer to mature. 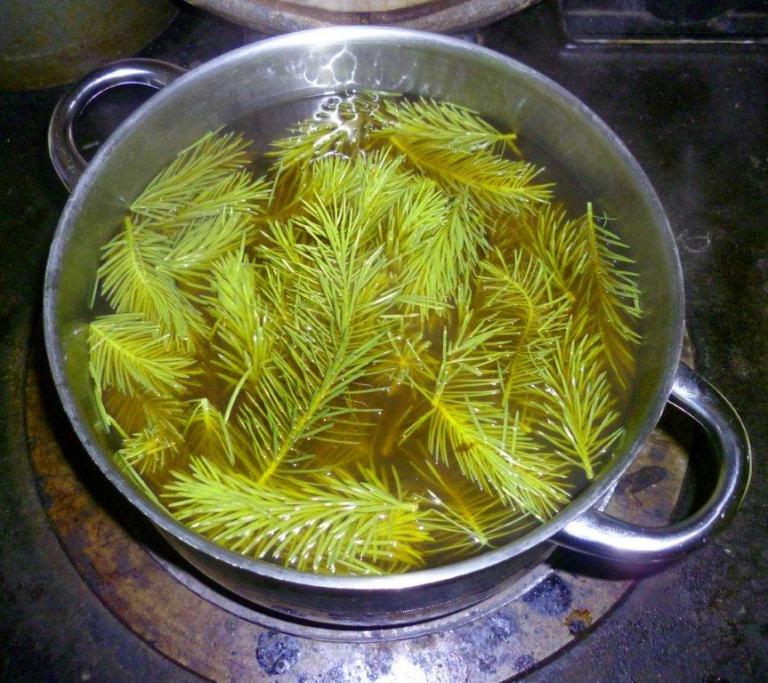