We all know the headlines: Stress Kills.

What many don’t necessarily know, especially outside leadership teams, organisational development departments and occupational health advisers is the sheer scale of the problem. Stress is the single most important player in sickness absence.

In the UK, the Health & Safety Executive reports that nearly 12 million days are lost due to work related stress absences. 37% of all sickness absences are due to stress, quite apart from it being an underlying factor in many apparently unrelated illnesses. The average time off due to stress is a whopping 24 days. It affects at least 500,000 working people a year and costs the economy directly £5.2 billion. But even those colossal figures are small bananas. Industrialised countries around the globe are all being affected. A recent OECD report into work-related stress in the United States points to 80% of employees experiencing high stress and 35% of them saying chronic stress is actually harming their health. Just 24% of the North American workforce reports that productivity has not been negatively affected by stress. The issue is now a major public health crisis according to the American Psychological Association.

Due to a conflation of macro-level changes running from changes in the labour market (i.e. just-in-time delivery and automisation), workforce mobility, changes in work patterns due to digitisation, changes in consumption, climate change and the appearance of seismic economic fault lines – have deeply affected industries, organisations, people and society that underpins them – at such a scale as we have not been able yet to properly understand.

Workload, people issues, (lack of) work:life balance and increasingly job insecurity are seen as major work-related stressors. In amongst the ‘people issues’ stressor – lack of say in how one’s job is done and lack of management understanding and support is a significant cause. Do a Google search: any of the stats you find make for sobering reading: things are getting worse not better and workplaces, and how they are formed or managed, has a major role in this.

Many organisations – both private and public sector – are facing huge changes and challenges. This means they, and their employees, are fighting for economic survival. However, not feeling equipped (or in control) to tackle these changes is the number one source of stress in the work-place. To put it simply, stress undermines the resilience of a worker. A resilient workforce is better placed to embrace change – whatever it is – and supporting this resilience is one of the most effective ways to ensure that these organisations can flourish now and in the future. The bottom line is: the negative spiral of stress is one of the major inhibitors to performance, improvement, change or innovation.

For individuals the burden of work-related stress can not only trigger and exacerbate common mental health problems (CMHPs) but increase chances of other diseases, illnesses and harm. This can widen to affect those around them. It not only affects teams but it affects families and, in this context, the wider community.

At Aquifolium we understand how mindfulness and meditation can help individuals with managing stress down to more healthy levels. Our data is showing a strong positive trend in terms of energy, mood, concentration and relaxation using these techniques. It will come as no surprise as this evidence is well documented.

Of course, using a natural environment for this activity makes it particularly effective in magnifying the results. We are not alone in this observation. According to Qing Li, a professor at Tokyo’s Nippon Medical School and president of the Japanese Society of Nature and Forest Medicine, extended time in the forest reduces levels of the stress hormone cortisol while increasing our sense of vigour and mental energy.

Much of the hard data on the benefits of forest bathing, or Shinrin-yoku, comes from Japanese forests where visitors frequently fill out surveys or agree to having blood pressure, heart rate or cortisol measured. Areas where the research indicates positive results on stress levels, among other factors, have been designated forest bathing ‘bases’ or trails. There are now 62 nationwide, often near major conurbations with onsite guides and, in many cases, links to nearby medical facilities. This is even more significant considering that 93% of the Japanese population live in cities.

Li said that these bases have become especially popular amongst Japan’s business community and, “many companies have contracts with forest therapy bases in their local area to hold meetings, conduct new employee education sessions, or to use them in stress management.” Hiroshi Mikitani, the CEO of Tokyo-based e-commerce giant Rakuten, doesn’t use a fixed base, but is well-known for taking his top executives on offsite walks through rural Japan. It’s a trend that’s also becoming popular on the other side of the Pacific in California.

In California’s Silicon Valley a few of the world’s biggest tech giants, concerned about the well-being of their employees, have incorporated forest-bathing and nature-based mindfulness into their employee wellbeing programmes. However, it is not just as an antidote to technology, any organisation which employs staff to undertake high intensity activity, work that is very controlled and process-heavy, workforces that are largely sedentary or spend most of their time in indoor or built up environments will benefit. Which probably means most, if not all, of the global industrialised population.

The latest research from venture capital firm Kleiner Perkins shows that the average American spends 9.9 hours each day fixated on their screens  – TVs, tablets, smartphones or computers. The figures are even higher in China, the Philippines and Indonesia. This screen addiction is not only leading to changes in brain chemistry, it is leading to changes in behaviour, mood and critically how we are able to socially interact. 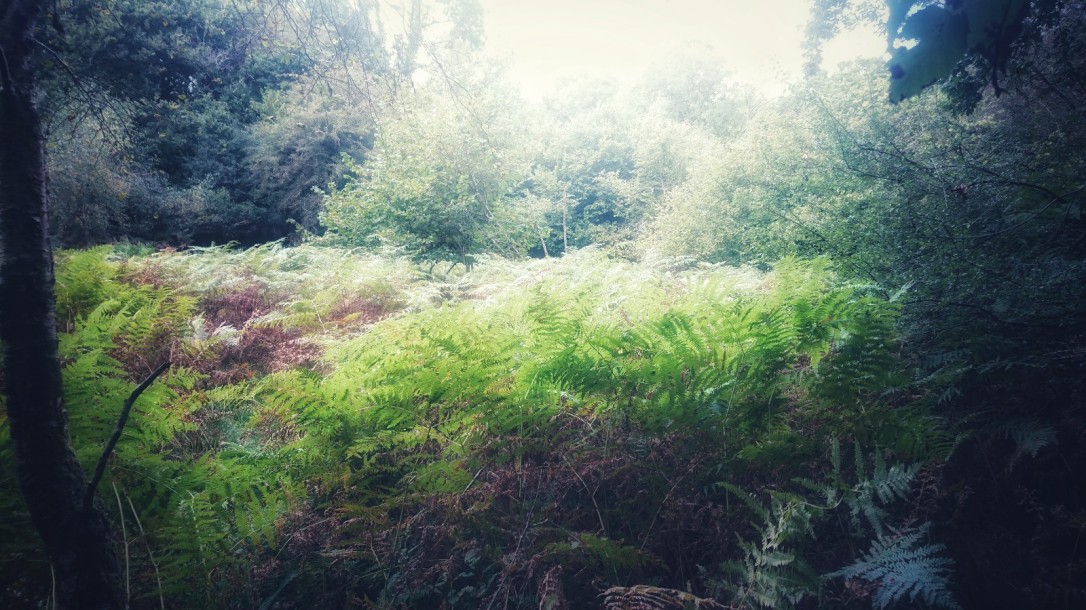 According to the US Environmental Protection Agency (EPA), the average American spends 93% of their life indoors.  87% of life is indoors, then another 6% in automobiles. That’s only 7% of ones entire life outdoors. We frequently read of negative media coverage about the intensive rearing of lifestock in metal barns away from natural light and fresh pasture, feeding them processed, medicated food. It seems we do the same to ourselves without a thought. We all have migrated to highly built up artificial environments of the city, live our lives under electric light, eat processed and modified foods and increasingly medicate ourselves..

This is a relatively recent phenomenon. The urban population worldwide grew from just 746 million in 1950 to a staggering 3.9 billion in 2014, according to the United Nations Population Division. That means that more than half the planet now lives in urban areas where access to nature – and the once habitual act of walking through it – can be difficult or impossible. Combine this disconnection with nature with the rapid increase in screen-based working and technologies, seismic changes to the labour market, increases in work-related stress and the result is a complex and highly toxic mix that would challenge the best and most modern healthcare systems. However, part of the solution is quite simple: the use of nature-based stress-reduction activity that also disconnects ourselves from technology, reconnects ourselves with our ‘natural self’, and by doing this, nurtures the mind and body.

This is why, at Aquifolium, we major on this type of work.

As a result of our work with a small number of organisations and their employees we are very keen to partner with other employers to see how such activities could be proven to be an effective part of their employee wellbeing programmes and also assist with the development of individual performance and team dynamics in the face of uncertainty and change. If you are interested then drop us a line.